Ripon College’s 2018 Senior Showcase will take place Tuesday, April 17, from 6:30 p.m. to 8 p.m. with an awards presentation beginning at 8 p.m. in the C.J. Rodman Center for the Arts. The Senior Showcase is a campus-wide celebration of excellence, which recognizes the dedication and passion that senior students bring to their scholarly and artistic work.

Campus constituents and the general public are welcome to join in celebrating the well-earned accomplishments of Ripon College seniors.

Although presented in a diversity of formats, all papers submitted by the presenters will be available for reading in an online digital collection at rcseniorshowcase.omeka.net through Ripon College’s Lane Library.

6:30 p.m.
Ben Wozniczka
Politics and Government Major
Business Management Minor
The Evolution of the Republican Party from 1854-Present: What Changed and What Stayed the Same

6:30 p.m.
Lauren Hince
Communication, Politics and Government Major
The Constituents Will Eat It Up: How Food Affected Political Identity in the 2016 Presidential Election

6. Sierra Elsbury Psychology Major
Early Childhood Education Minor
The Effect of Assigned Gender Roles on Evaluations of the Self and Others 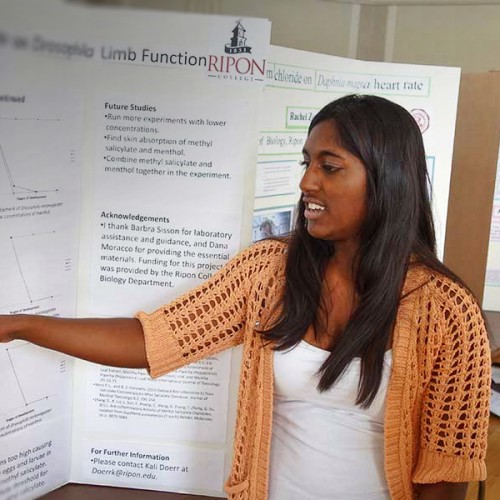