Sculptures by UW-Oshkosh artist to be shown in Caestecker Gallery

Sculpture by Andrew Redington, of the University of Wisconsin-Oshkosh faculty, will be on view April 5-May 3 at Caestecker Gallery, C.J. Rodman Center for the Arts, at Ripon College. An opening reception and artist’s talk will begin at 7 p.m. April 5. They are free and open to the public.

Gallery hours are 1-5 p.m. and 7-9 p.m. Tuesday-Friday; 2-6 p.m. Saturday and Sunday; and one hour before evening performances.

Redington specializes in three-dimensional work. He received a master of fine arts degree from the University of Wisconsin-Madison where he studied metalsmithing, woodworking and sculpture. His artistic practice spans the spectrum of scale from bodily adornment to utilitarian design and monumental public sculpture.

His work has been selected for exhibitions ranging from the Carnegie Science Center in Pittsburg, Pennsylvania, the Union Street Gallery in Chicago, Illinois, and juried corporate sponsored competitions where he received merited awards. Recently, his work was accepted into Stephen F. Austin State University Gallery, Nacogdoches, Texas, and the Members Gallery at the Furniture Society international conference in Port Townsend, Washington.

He has been a finalist for public works of art and most recently completed a monumental public work for the newly built Thelma Sadoff Center for the Arts in Fond du Lac, Wisconsin.

He has taught at UW-Oshkosh since 1995 and served for seven years as the director of the Priebe Art Gallery. He has been involved in many outreach engagements and juried regional, professional and high school exhibitions. 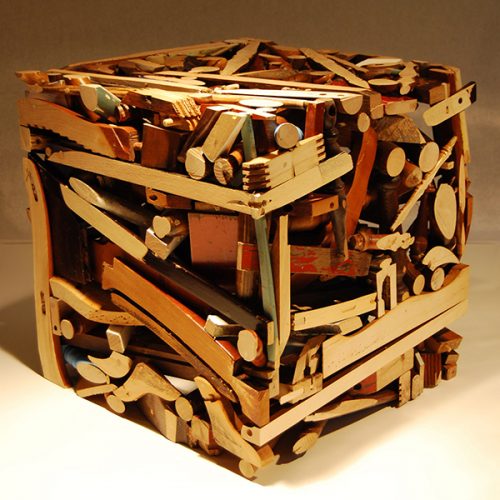