NOW Ensemble will perform Friday, April 12, at Ripon College as part of the Chamber Music and Jazz at Ripon series. The concert will begin at 7:30 p.m. in Demmer Recital Hall, C.J. Rodman Center for the Arts.

NOW Ensemble is a dynamic group of performers and composers dedicated to making new chamber music for the 21st century. With a unique instrumentation of flute, clarinet, electric guitar, double bass and piano, the ensemble brings a fresh sound and new perspective to the classical tradition, infused with the musical influences that reflect the diverse backgrounds of its members.

Having recently celebrated 10 years together as an ensemble, they have brought some of the most exciting composers of their generation to national and international recognition. In recent seasons, NOW has performed at Lincoln Center, the Apples and Olives Festival in Zurich, Switzerland, Town Hall Seattle, Da Camera Houston, and in Carnegie Hall’s Neighborhood Concert Series.

One of NOW Ensemble’s main goals has been to create a musical paradigm in which continuous collaboration between composers and the performers is taken as a given. This philosophy has been put into practice in residencies at numerous institutions including Yale, Princeton, University of Virginia, and the New College of Florida. Since 2004, NOW has worked with over 60 of today’s most exciting composers.

NOW Ensemble’s performances have been featured on National Public Radio’s “All Things Considered” and live on WNYC, and its sophomore album “Awake” charted at #1 in Amazon’s Classical Chamber Music Charts. “Plan of the City,” NOW’s collaboration with film maker Joshua Frankel, was praised in the Washington Post as “one of the best matches of visuals to music I’ve seen.” 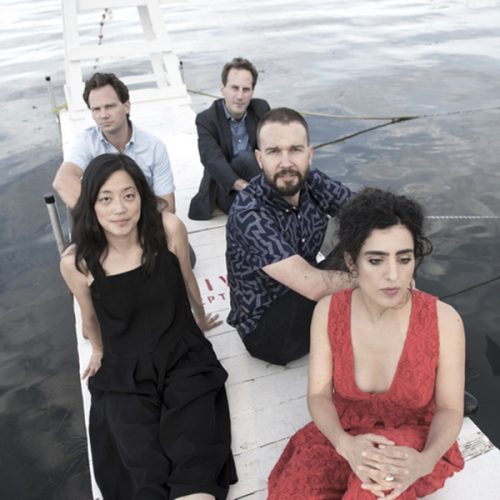