Chicago saxophonist and composer Greg Ward, along with the ensemble Rogue Parade, will perform at Ripon College Friday, Nov. 8, as part of the Chamber Music and Jazz at Ripon series. The concert will begin at 7:30 p.m. in Demmer Recital Hall, C.J. Rodman Center for the Arts.

This concert is the Lynn Post Northrop Memorial Concert for this year. Chamber series concerts now are open to the public free of charge. Charitable contributions to the Ripon College Friends of the Arts program are welcome and encouraged to support the continuation and development of experiential fine arts programming.

Ward is an Illinois native who has lived and worked in New York City and Chicago. He has performed and recorded with varied groups of artists such as Prefuse 73, Lupe Fiasco, Tortoise, William Parker, Andrew D’Angelo and Mike Reed.

He has composed works for the International Contemporary Ensemble, Peoria Ballet Company, Jazz Institute of Chicago and Brazos Valley Symphony Orchestra. He also has scored music for films, choirs, orchestras and multi-media works.

His “South Side Story” recording was named Recording of the Year in 2010 by the Chicago Tribune, and in 2012 Ward was selected as one of the two New Music USA Van Lier Fellows. In 2014, he received a commission/residency from the Jazz Gallery and premiered “Capturing Sunlight,” an hour-long work for septet and included a short documentary by Diana Quinones Rivera.

His work has been praised in The New York Times: “Greg Ward, whose long and searching alto saxophone solo is one of the best things I’ve heard this year”; and in Charting the Music: “He manages to make incredibly complex melodies seem effortless. … ” 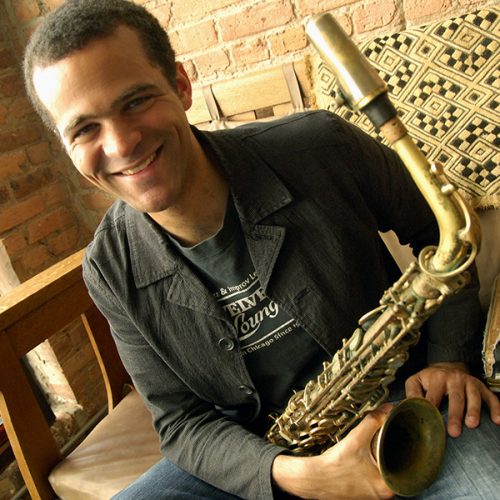